Nothing needs to be done sooner in Cornwall than eradicating the legal highs, well that and improving our road and rail network. Drugs have always existed for human being's to ingest and the need and want to get " high" is understandable, but the new breed legal highs are in every way worse than any drug that's gone before it, its more dangerous than Alcohol which causes untold problems in Cornwall from domestic abuse to drink driving and Heroin, the nations most hated drug, after cannabis anyway. I can hear people spitting blood about how heroin is the devil and we should not be comparing legal highs to it and we agree. Legal Highs are way worse and cannot be compared to heroin for several reasons. Heroin is not packaged in bright coloured packaging and sold or marketed in a way that is attractive to minors and nor is it rapidly changing in its chemical make up so the research done into heroin and its effects are well documented while legal highs are a cocktail of very bad stuff that has no historical research done, so in reality you run the risk of overdose and other long term health effects from one single use. And the doctors at the hospital will have a much harder time treating you as they are unlikely to know the compounds used in there manufacturing process and the effects on the body.

We at Quintessential do not advocate breaking the law, or taking drugs in any way and we suggest trying no drugs instead of using legal highs as an alternative.

Understandably they will continue to be sold by shops and websites until the ban comes into force by which time the sale will go underground and there will be no control left, all that will be done by blanket banning them is simply this, drug dealers will have a new market open to exploit and no tax will be paid but the NHS and emergency services and ultimately the tax payer will pick up the tab for all the harm it brings to society.

Is this a logical way to treat drugs, the only reasons legal highs exist is because the barbaric drug laws in England have left little alternative, successive British governments have bottled it when it came time to do the right thing, David Nutt was even sacked for speaking the truth. I mean really what sort of government ignores science and fires someone when they are trying to reduce harm to the British people, perhaps we traded in democracy for a corporate sponsored dictatorship. 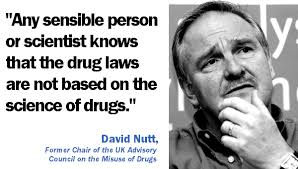 When it comes to Legal highs please stop and think about your health and sanity. you only get one life and taking dodgy made powders are not in anyway going to make you a happy successful person. Cornwall can not get rid of these things soon enough and we hope that the blanket ban gets re worked to stop future loopholes being exposed.  Really there are enough drugs out there that could be regulated in much the same way as America has done and the states that have, are building schools hospitals and addiction rates are dropping. Unlike in the UK where addiction is constantly rising ( government will claim otherwise but there figures are inaccurate) and our national institutions are crumbling due to lack of finances.

If only we had an impartial honest media, maybe then the truth would be disseminated to the public sooner. In the meantime whatever you do, do it in moderation and help spread the word that legal highs should not be legal, you may save someone's life and not even know it.